Leuven is the capital of the province of Flemish Brabant in Belgium. It is located about 25 kilometers east of Brussels. It is the 10th largest municipality in Belgium with approximately 100.000 inhabitants. Leuven is home to the Katholieke Universiteit Leuven, the largest and oldest university of Belgium and the oldest catholic university still in existence. The city has a large student population.

The city aims to involve the ‘LGBTI community’ in all actions taken in the field of LGTBI policies. The LGTBI community is actively involved and participates in the process of policy making. The Leuven LGTBI community is organized under the umbrella of the Rainbow House: an open house for sexual and gender diversity. Every trimester an umbrella meeting is being held, where all the LGTBI organizations allied with the Rainbow House are present, as well as  representatives of the city and of the provincial administration.

The city of Leuven implements the Human Right Treaty and the anti-discrimination law in its local policy making process. Freedom of reproductive and sexual rights is a universal human right recognized in the Human Right Treaty. The anti-discrimination law considers sexual orientation and gender expression as a legal ground to act against violation of this law. The LGTBI policy of Leuven prioritizes and ensures LGTBI policy making. The city council is responsible for: education, social welfare, safety, anti-discrimination, diversity and equal opportunities, culture…..This policy has been adopted since 1997. In 1998 the first LGTB agenda was presented and accepted by the city council of Leuven. 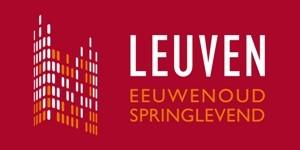